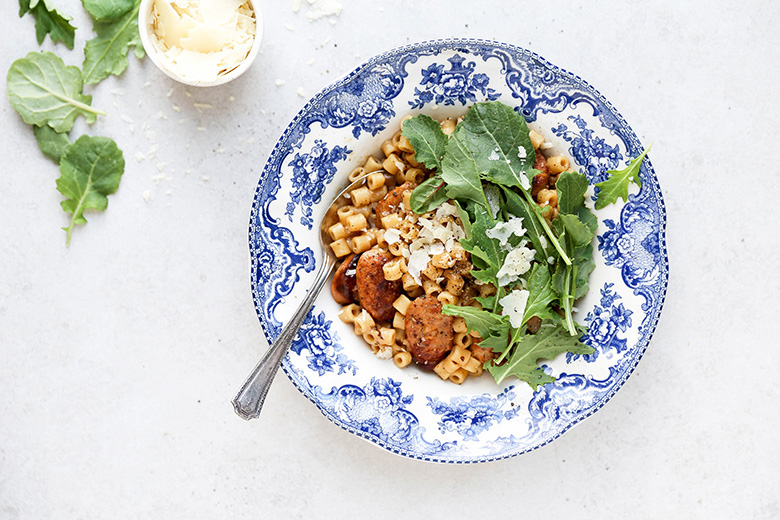 Disclosure: This post is sponsored by Premio Foods. All opinions are my own. Thank you for supporting brands and companies that help to keep my kitchen running!

So, what the heck am I talking about? I’m talking, of course, about “pasta risotto”.

If “pasta risotto” (i.e. instead of the pasta being cooked in a large pot of boiling water, it’s simmered and stirred in a smaller volume of broth over time) is news to you, don’t be alarmed. Because it was news to me, too. The idea caught my attention in a recent special issue magazine of Bon Appétit (up until that point, I had always only made risotto with Arborio rice), and it’s an idea that now I can’t believe I ever lived without. Because pasta risotto a very magical, wonderful, crave-worthy dish that encompasses the best of both worlds. It’s big on both flavor and creaminess. Without being even the teeniest bit mushy or gloopy (an often unfortunate side effect of traditional risotto). 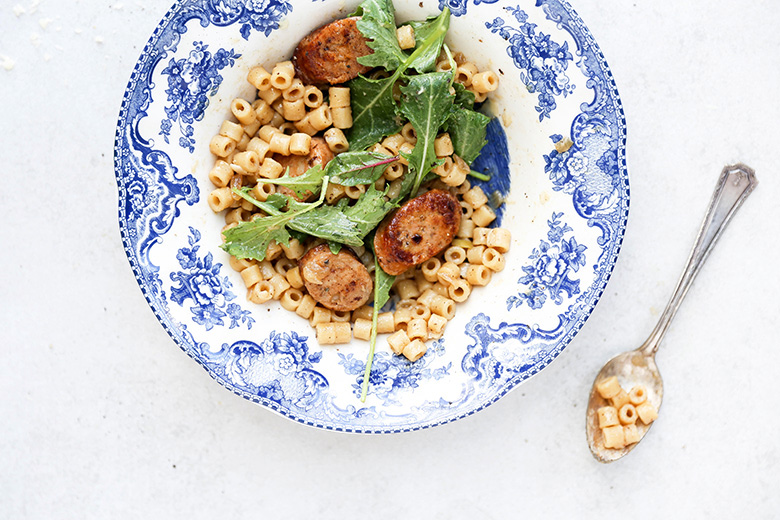 Simply stated, it’s al dente pasta in a rich, luscious broth. Yet somehow, it’s so much more than that. It’s one of those dishes that’s greater than the sum of it’s parts. So trust me when I tell you to just go and make it. I know you’ll become a firm believer once you try it.

This One-Pot Ditalini Risotto with Spicy Chicken Sausage features Premio Foods Hot & Spicy Italian Chicken Sausage. It’s the sausage that I reach for when I want something a bit healthier (it has 60% less fat than pork or beef sausages), but I don’t want to be forced to sacrifice even an ounce of flavor. Because life is too short to make sacrafices in the flavor department. 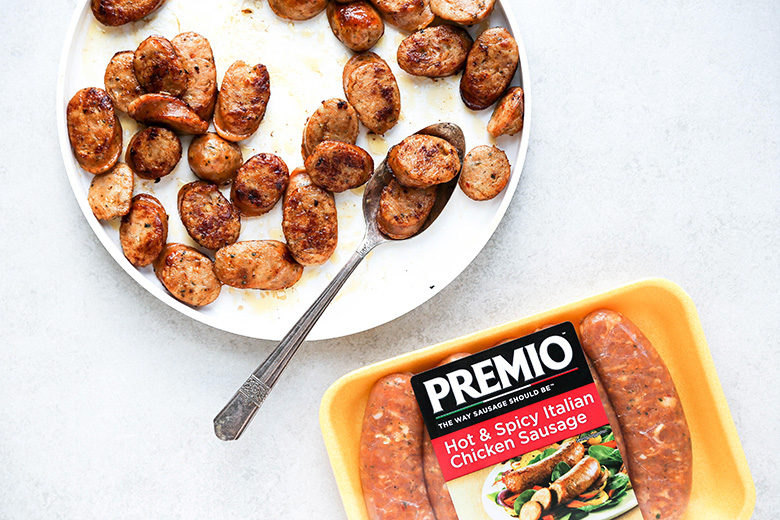 Premio Foods Hot & Spicy Italian Chicken Sausages deliver all the “zip” that I love.
Without delivering any fillers, preservatives, MSG, gluten, dairy, soy or nuts. In fact, all of Premio Foods products are crafted using only butcher-quality cuts of meats and carefully selected spices. And that’s it. No extras. Just the good stuff.

They’re a family company that’s been making prize-winning sausages for over 40 years, so you better believe they know exactly what they’re doing!

Before I send you off onto your own pasta risotto making adventures, one last piece of advice: please use a white wine that you actually enjoy drinking in this recipe. I guarantee it will make for a much better eating experience! 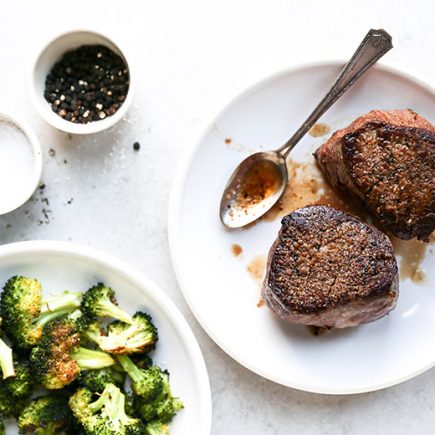 How to Cook the Perfect Filet Mignon