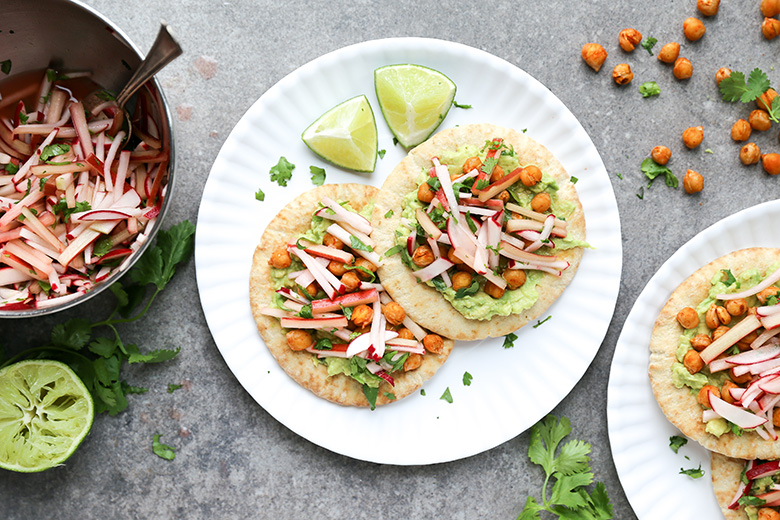 As a kid, I would pick those tart, fibrous stalks straight from the warm soil and dip them into brown paper lunch bags filled with sugar. Instant gratification: farm style.

These days, my rhubarb preparation has gotten a little bit more sophisticated. I’m baking it into pies, mixing it into cocktails and freezing it into popsicles. You name it. I’ve probably tried it. Rhubarb knows no boundaries for me.

Unless of course, we’re talking about savory rhubarb applications. Because there, I’m a total novice. Well, until now. 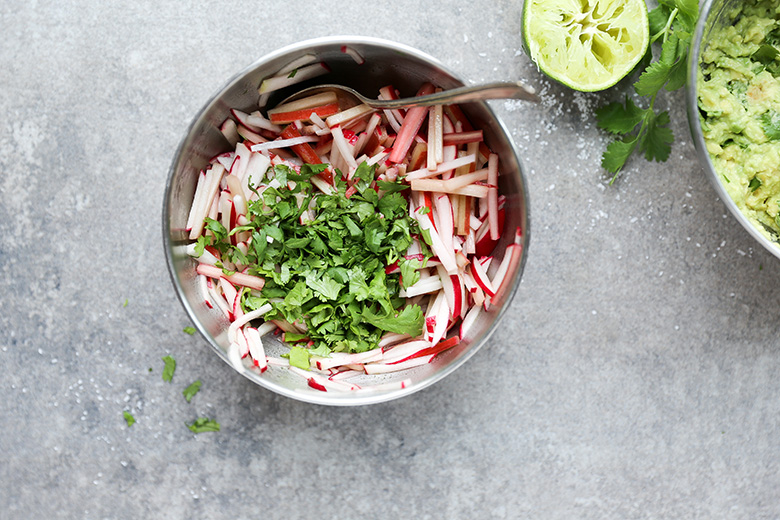 The idea of a savory rhubarb recipe hadn’t even really crossed my mind until about a month ago. I’ve had a few rhubarb chutneys in the past (and maybe even made one myself at some point), but they were still much more on the sweet side of the equation. A full-fledged savory rhubarb recipe had escaped me. That is, of course, until I spotted this rhubarb and radish salad on Bon Appétit. I immediately started experimenting with a slightly modified version of that recipe. And it’s been on constant rotation in my kitchen ever since.

This rhubarb-radish slaw is a wonderful side dish that celebrates Spring produce. I find it pairs particularly well with flavorful meats, like ribs or brisket. But I also love it as a topping for sandwiches, tacos and these vegan tostadas which I’m sharing here today. 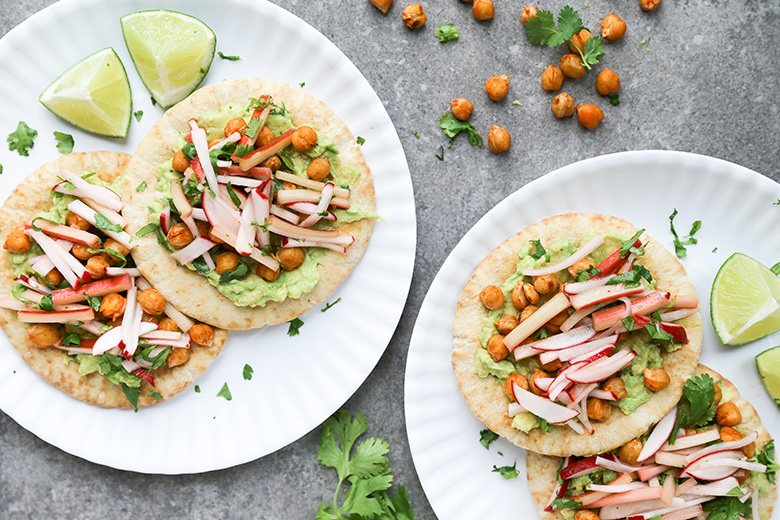 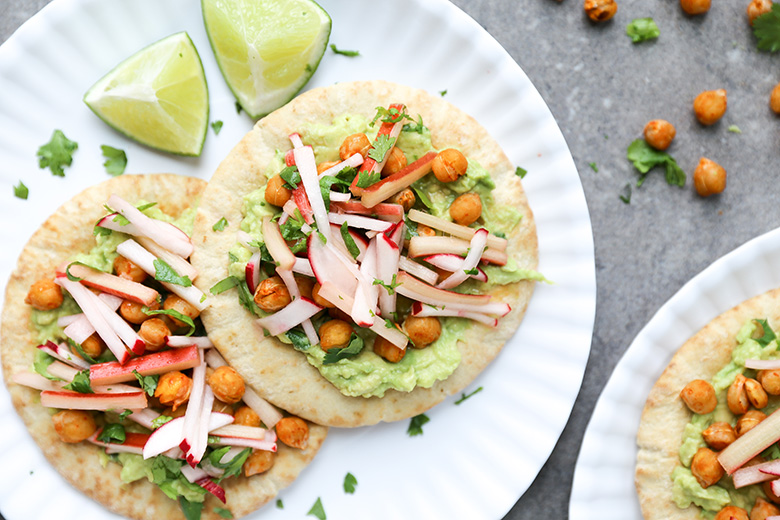 These Chickpea and Avocado Pita Tostadas with Rhubarb-Radish Slaw are such a breeze to prepare. Seriously. 20 minutes is all you need to make these perfect little pitas. Try them some night when you’re in need of a low fuss vegetarian dinner. Or make them for Cinco de Mayo tomorrow! Which is like the best food holiday ever because it involves all of my favorite foods and beverages (hello tequila!).

Because these tostadas are so quick and easy, I’m sharing them as part of our monthly 30 Minute Thursday series. Just scroll down below to find links to other creative (and fast!) dinner recipes. As you might except, there are a couple of other Mexican-themed dishes in this months installment. I hope you find some inspiration for Cinco de Mayo. Or for any night when you need food in a hurry!

One Pot Sausage and Asparagus Pesto Pasta by Bake.Eat.Repeat.

One Pot Teriyaki Beef Zoodles by Life Made Sweeter 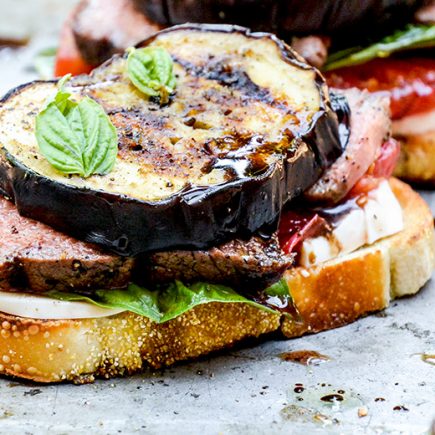 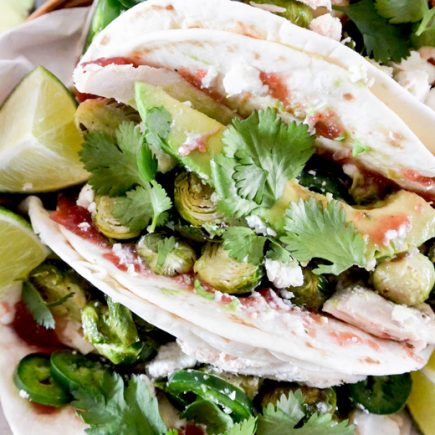 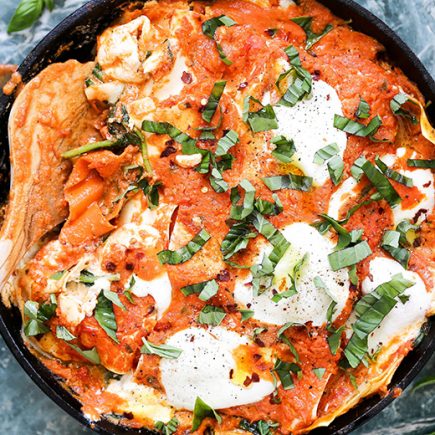 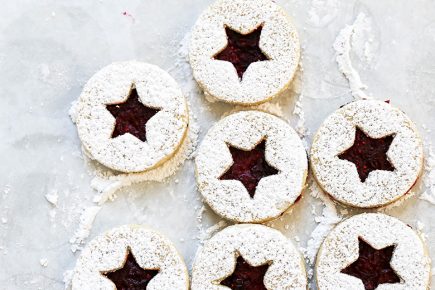 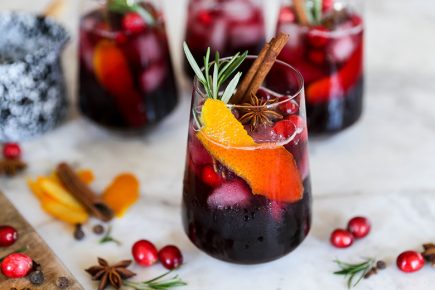 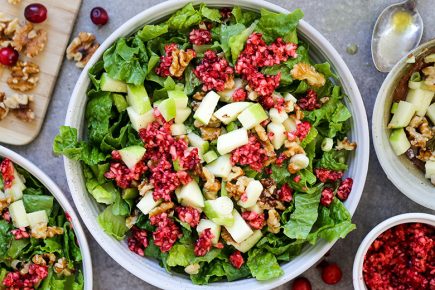 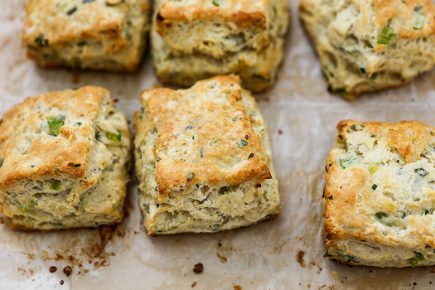 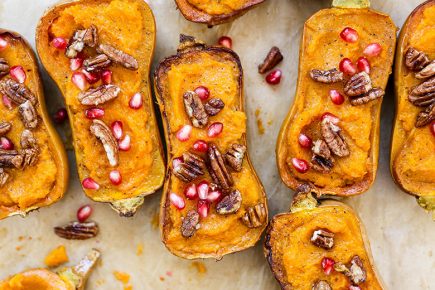 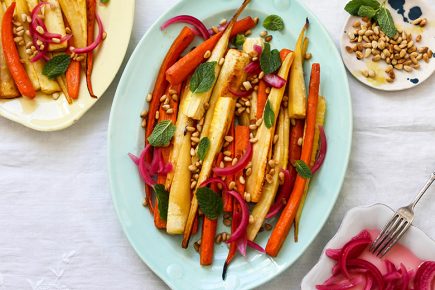