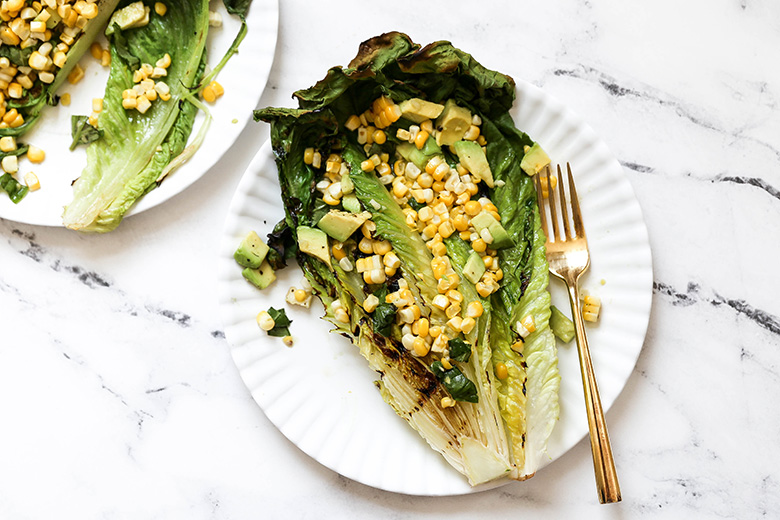 This post was originally published here May 20, 2015. I’ve since updated the text and photographs. Next time your grilling your dinner, go ahead and grill your salad too!

Big F*cking Salads aren’t just limited to a single season. But if they were, Summer would most definitely be it.

So as you can imagine, I’m as happy as a clam right now. Because Summer produce is abundant. Which means it’s just day after day after day of BFS’s (and ice cream!). What else could a girl ask for?

This Grilled Romaine Salad with Corn and Avocado was my first BFS that really became popular (or “went viral” as the kids say these days). But after a couple years, it kind of fell by the wayside and eventually became a victim of the blog archives. Womp womp.

But today I’m bringing it back. Bigger and better than ever before!

My first ever encounter with a grilled salad was met with great skepticism. I was pretty convinced it was going to be gross. Like, wouldn’t the lettuce end up all wilted and mushy??? But nope. I was wrong. And once I was brave enough to take a bite, I was immediately hooked on the idea.

The key to making a great grilled salad is simple: don’t get too overzealous with the grilling. A couple of minutes of cooking time is all you need. Resist the urge to do more. Because any longer and you’ll end up with a sad, limp salad. And we don’t want to go there.

The grilled romaine lettuce halves serve as the base for this salad. They are then topped with a combination of grilled corn (sliced off the cob), diced avocado and fresh basil. And drizzled with a homemade dressing that I consider to be one of the most delectable, spoon-licking, irresistible salad dressings that I make. Seriously. Don’t skip out on making this dressing. It’s made with lemon juice, maple syrup, miso paste, mirin and garlic. It’s a wonderful combination of umami flavors. Basically, it’s dressing nirvana.

Another other fun, “non-traditional” grillables I need to know about? Let me know in the comments! 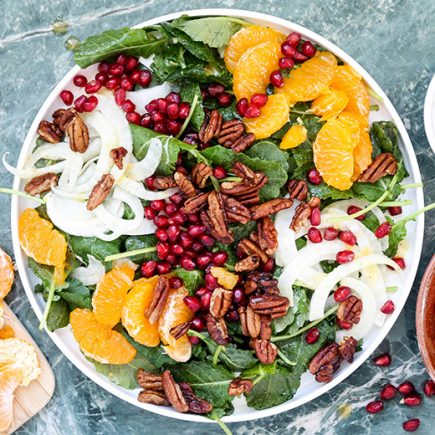 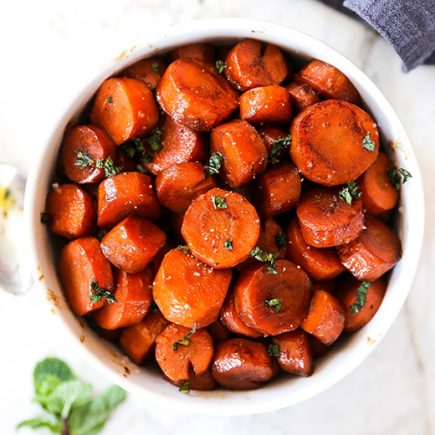 72 comments on “Grilled Romaine Salad with Corn and Avocado”