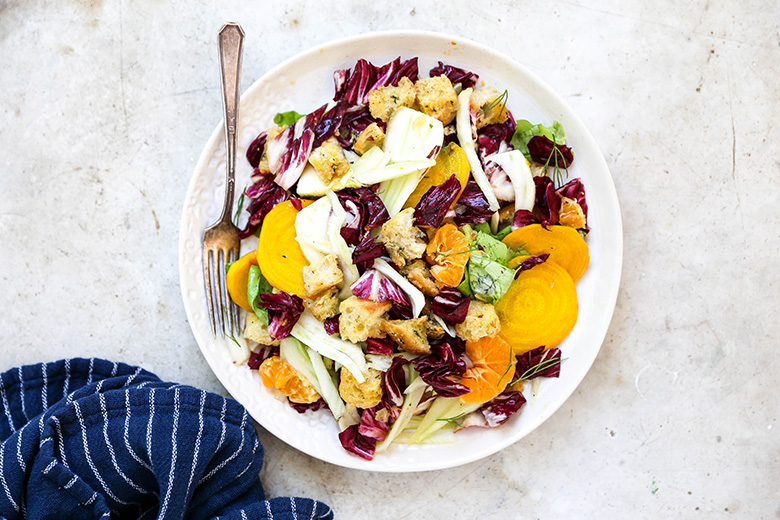 Salad recipes have become rather symbolic with the month of January. So I’m not sure how I managed to turn out all my January blog content without including one. But it happened. What can I say? I’m imperfect at this job.

Maybe it’s because (1) I’ve stopped making dieting/food resolutions, and (2) I eat a monster-sized salad almost every damn day of the year. So there isn’t really anything particularly triggering about having more salads in January. I’m already there. But if you’ve been looking for something new to add to your repertoire, I’ve finally got one you can try. 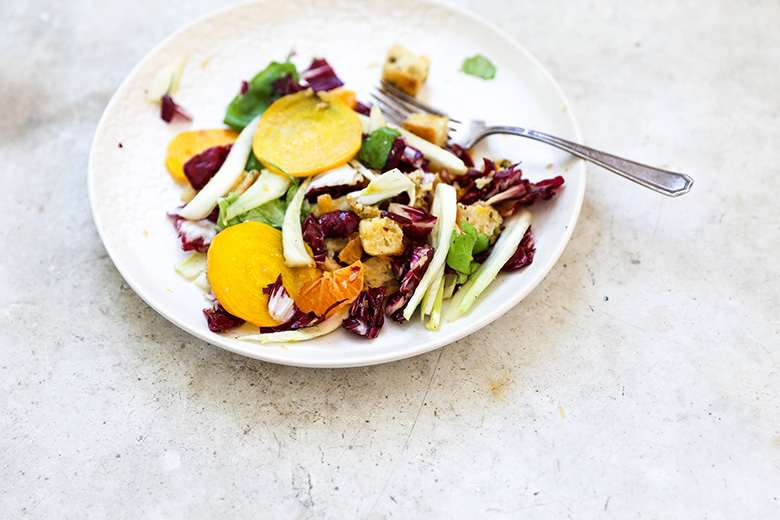 This Rustic Winter Panzanella Salad with Orange-Ginger Vinaigrette is something I started making about two weeks ago. And I haven’t stopped since. The recipe first started to take shape all because there was a loaf of bread that I had to buy for a freelance photoshoot. I love bread. Like I REALLY love it. Which means I don’t keep it in my house very often because I will destroy an entire loaf by myself in two days.

So. I was stuck with this giant loaf of bread and honestly, I just wanted to throw it away so it wouldn’t tempt me. But wasting food really irks me. My choices were either to freeze it or turn it into croutons. And croutons won. And while I like croutons in soup. I think I like them in salads even more. 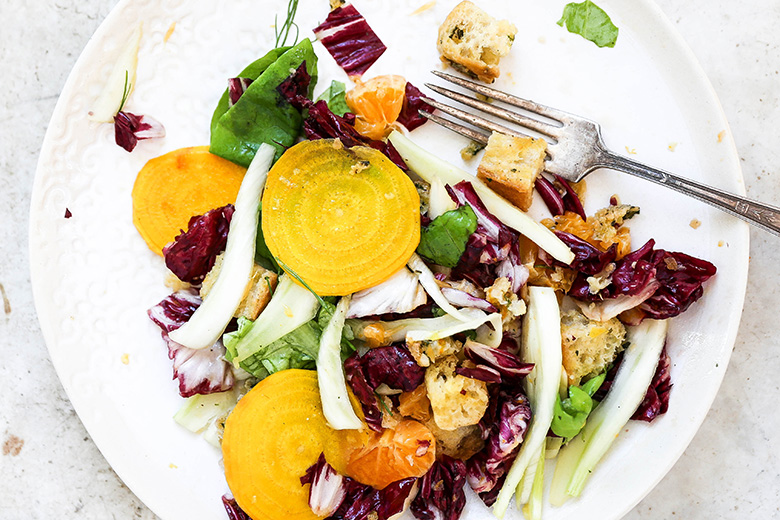 The rest of this hearty panzanella salad is made up of ingredients that I love to keep in my refrigerator during the cooler months. Like fennel bulbs, beets, bitter lettuces such as radicchio, citrus and fresh ginger. These are all items that have a pretty decent shelf life. And they bring a lot of flavor and texture to my dishes. Winter salads DO NOT NEED TO BE BORING!

I particularly like using golden beets in this recipe, because I think they have a more mild taste than red beets (and yes we’re keeping them raw!). But feel free to use other varieties, if you prefer.

posted by floatingkitchen on February 3, 2020
2 Comments // Leave a Comment » 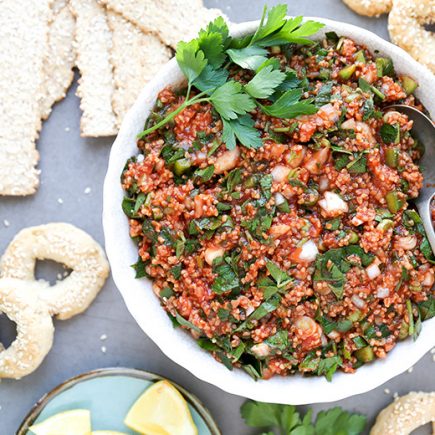 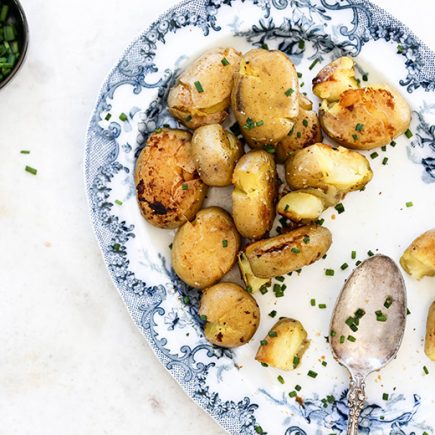 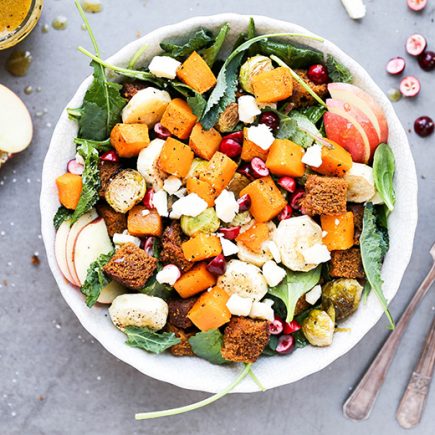 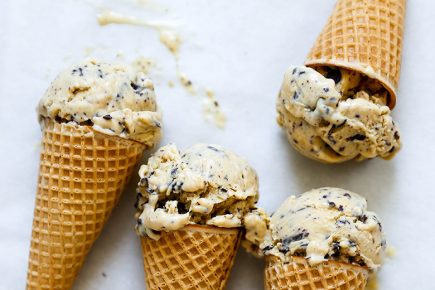 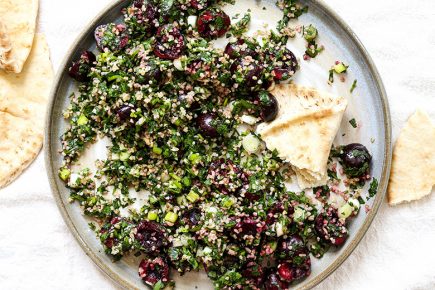 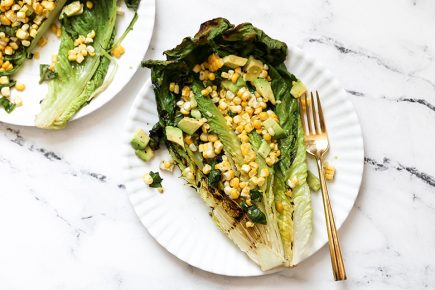 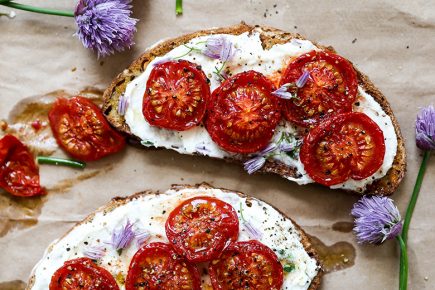 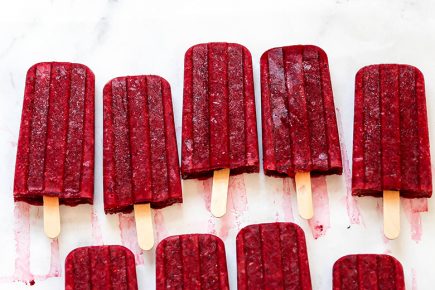 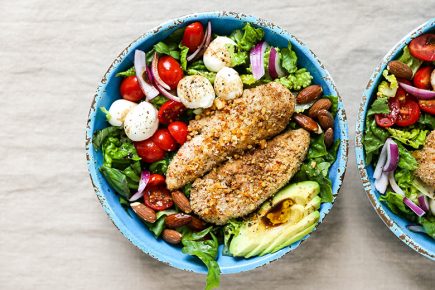