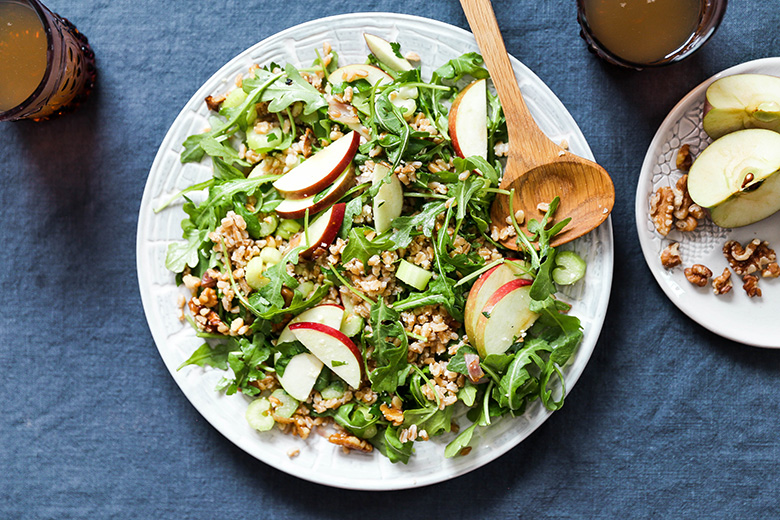 Farro Salad with Apples and Shallots

If you’ve got your finger on the pulse of trendy salads (is that even a thing?), then you’ve probably heard of the now famous Charlie Bird farro salad. Since its initial publication in 2013, it has been written about in numerous cookbooks, blogs and magazines. It has many well-known fans (like Ina Garten). And many lesser-known fans, too (that would be me!).

I’ve seen endless variations of the original Charlie Bird farro salad. But the crux of the recipe usually stays the same. Which is the apple cider-boiling technique used to cook the farro. This cooking technique results in a tender, plump farro that’s slightly sweet. Making it an ideal base for any number of grain salads. Especially this time of year, when I’m buying fresh apple cider by the gallon.

This Farro Salad with Apples and Shallots is a version of the Charlie Bird farro salad that I’ve been making for some time now. It’s savory, sweet and very satisfying. It falls into the “main meal” category for me. But it’s also a fantastic side dish (grains and fruits/vegetables all in one!) for roast chicken or pork tenderloin.

In addition to the apple cider-cooked farro, this salad has crunchy sliced apples and celery (an underrated salad ingredient, in my humble opinion), fresh arugula and parsley, chopped walnuts and a sprinkling of grated Parmesan cheese. But what’s become maybe my favorite part of this salad is the cooked shallots. They really add an extra layer of savory-ness to this recipe that I’m loving. Raw shallots won’t give you the same effect, so I don’t recommend them as an ingredient substitution in this case. Take the 15 minutes to cook the shallots. You’ll be happy you did! 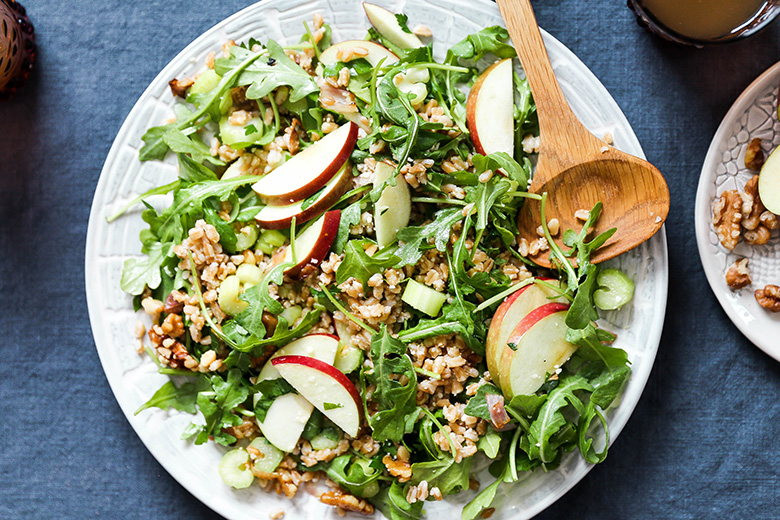 Like most salads that contain tender leafy greens, I think this Farro Salad with Apples and Shallots is best eaten on the same day it’s made to avoid any unappetizing wilty-ness. But if you need to do some advanced prepping, you can cook the farro and shallots 1-2 days beforehand, then let them come to room temperature before continuing with the recipe. You can also make the dressing ahead, too.

I mostly make this salad during the Fall and Winter months, when fresh apple cider is available to me locally. But this apple cider-boiling technique has become such a game changer for me, that now I make it a point to freeze several cups of apple cider for use throughout the year! 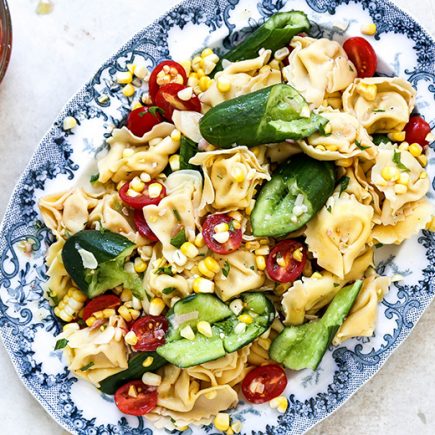 Tortellini and Smashed Cucumber Salad with Corn and Tomatoes 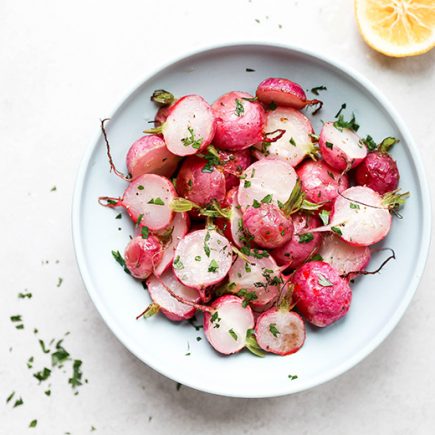 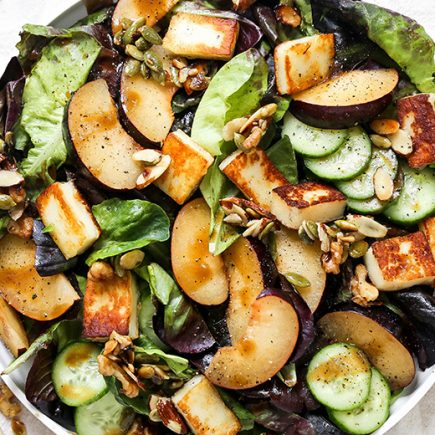 2 comments on “Farro Salad with Apples and Shallots”